Psychologists argue emotional intelligence quotient (EQ) is equally important as the cognitive intelligence quotient (IQ) for students’ success. According to Kendra Cherry, EQ is too narrow defined and do not encompass full range of human intelligence for IQ is defined as:(a) visual and spatial processing, (b) knowledge of the world, (c) fluid reasoning, (d) working memory and short-term memory, and (e) quantitative reasoning. On the other hand, EQ which defined as the ability to: (a) identifying emotions, (b) evaluating how others feel, (c) controlling one’s own emotions, (d) perceiving how others feel, (e) using emotions to facilitate social communication, and (f) relating to others. There are ample empirical findings evidence that show EQ is positively and significantly related to success which shows as important or more important than cognitive intelligence which is commonly believed to be the primary factor that determine academic success . 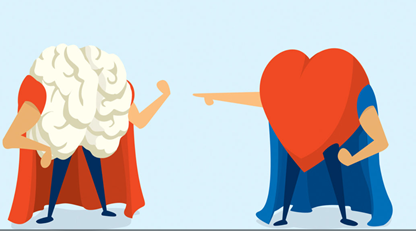 For example, according to Abe, J.A.A (2011) using Mayer–Salovey–Caruso Emotional Intelligence Test (MSCEIT), they have found that emotions and emotional intelligence are positively correlated with complex constructs such as successful experiential learning. Similarly,  Extremera, N., & Rey, L. (2016) have also studied the link between emotional intelligence (EQ) and how it affects academic performance using a wide sample of 721 Spanish undergraduate studies. Accordingly, EQ has been found to positively associated with life satisfaction and a positive attitudinal affect and inversely correlated with a negative affect.

In summary, a growing number of empirical evidence are showing the importance of emotional intelligence for a holistic success of academic achievement of students across countries. Hence, policy makers, educators, and parents need to focus on factors that help children develop better emotional intelligence.

Education is the most powerful weapon which you can use to change the world.” – Nelson Mandela

Chopper Pilot Andrew Wagner "explains" helicopters and the future of them

Bridging the gap between operations and finance in the construction industry.

For The Love of Pathology

John Mbeo is currently pursuing his Executive MBA at the University of Nevada Reno. In this blog, he shares some interesting things he discovers as he learns how to develop a professional online brand.

Why you must know WHY: A PICU physician, mother, wife, and leader digs into the "why" of health and career

It's All A Simulation

A lighthearted guide to using computer modeling to make the hard decisions, easy

DIY from a Geriatric Millennial

Tips on Purchasing from a Home Builder

A place where Jessica Drzewiecki will guide you in what to know, look for and expect when purchasing a new construction home

Straight from the Shoulder with Fallon

Life Is Not A Multiple Choice Exam

Jay M. MacGregor, MD, FACS, explores lessons learned from surgery, leadership, and life beyond 'all of the above'.

Notes from an Empath

My name is Emily Pindar. I am sharing my experience navigating life and work as an empath.

Discovering Ways to Fuel Ingenuity For Professional Development with CJ

Bringing the World Of Ophthalmic Innovation Into Focus

To live your best life - collaboration is key

LEGAL TIPS WITH A SIDE OF BLISS

A Space to Live and Learn by Andrea